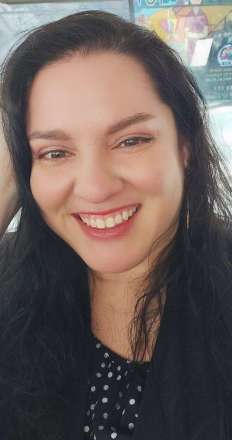 Hi hi! I’m Lisa Espinosa AKA Raine. I’m a Korea-based blogger, journalist, editor, and correspondent about Hallyu, Korean culture, classical music, craft, social justice, and more. I started out as just a blogger on the Dichotomy in 2011 and over the years I’ve expanded to doing so many amazing things.

In 2013, I joined HanCinema as a drama and film reviewer, and in 2017 I became the managing editor.  In October 2015, HanCinema sent me as its representative to Korea for the Korea Joa 2015 program. I experienced the culture, food, and language as well as attend the 2015 Busan International Film Festival, Gangnam Music Festival, One K Concert. I sat down for interviews with the Director General of KOFICE, two Yonhap journalists, Dabit, and SISTAR. With HanCinema I interviewed actors such as Sam Okyere and Jasper Cho as well as panel at KCON NY 2016, KCON LA 2016, and KCON LA 2017 as a Hallyu professional.

I have also written for Soompi, Kultscene, Kpopconcerts.com, United K-pop, The Kraze, Interweave, and more. I’ve also leant my talents to Netflix and to The Daebak Company as a project manager.

I am currently an editor and journalist for kpopconcerts.com. I am looking to delve further into the world of editing, writing, and management in Korea. Check out my portfolio.

Hallyu began my journey that you can follow me Raine’s Dichotomy, on Facebook, Twitter, and Instagram. Where will journalistic adventures lead me next? Also expect to see a few things about my real life including cello, classical music, learning Korean, living in Korea, and anything else that strikes my fancy.

One thought on “About”